Written in response to “State moves to stifle petition seeking public transport on Shabbat“. The letter—signed by MKs Michael Malchieli and Yoav Ben-Tzur of Shas and MKs Uri Maklev and Yisrael Eichler of United Torah Judaism: “Amendment 28 to the Traffic Ordinance allows the Minister of Transportation to salvage Shabbat’s dignity and decrease public desecration of it”.

What about my dignity? What about dignity of millions of secular Israelis and foreign tourists stuck in their homes on Shabbat against their will? Why should we pay exorbitant taxi tariffs when when getting to/from airport on Shabbat? Why should millions of Israelis paying taxes and serving in the IDF stay hostages of minority that wants to live by laws of medieval ghetto? There is a growing dissonance between needs of modern democratic society and outdated medieval traditions. There is no dignity in imposing religious rules on secular population. 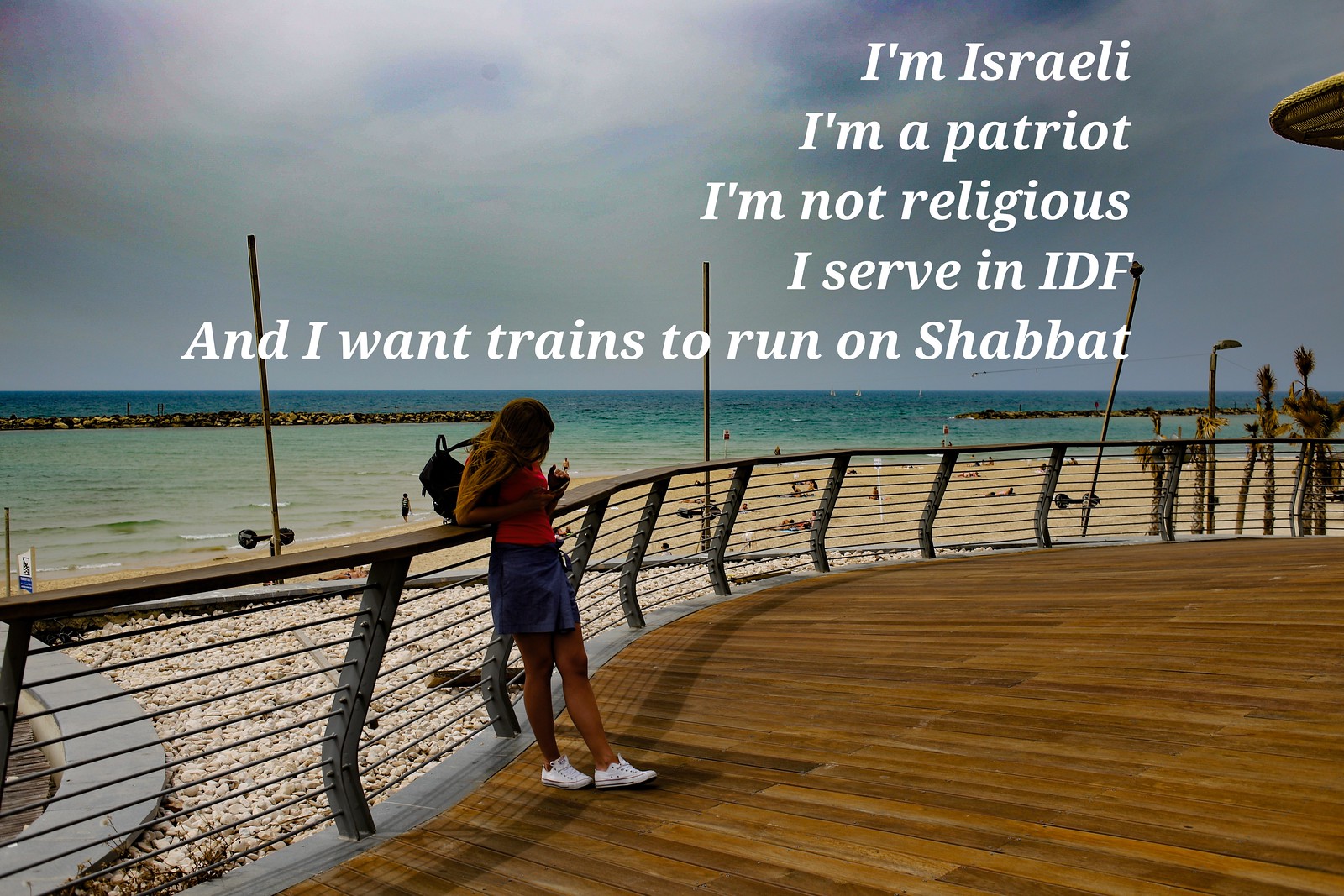