DALLAS – The Monuments Men Foundation for the Preservation of Art (Foundation), recipient of the National Humanities Medal, presented by the President of the United States for its work honoring the Monuments Men and Women of World War II, has identified a major work of art on view at the Museum of Fine Arts, Houston (Museum), which it believes rightfully belongs to the heirs of a German Jew, Dr. Max J. Emden. Research into this case, and several months of communications with Mr. Gary Tinterow, Director of the Museum, have also raised questions about the Museum’s level of commitment to the Washington Principles on Nazi-confiscated art, in particular the responsibility of the Museum to fully research the provenance of works of art thought to have been in continental Europe between 1932 and 1946 that underwent a change of ownership. 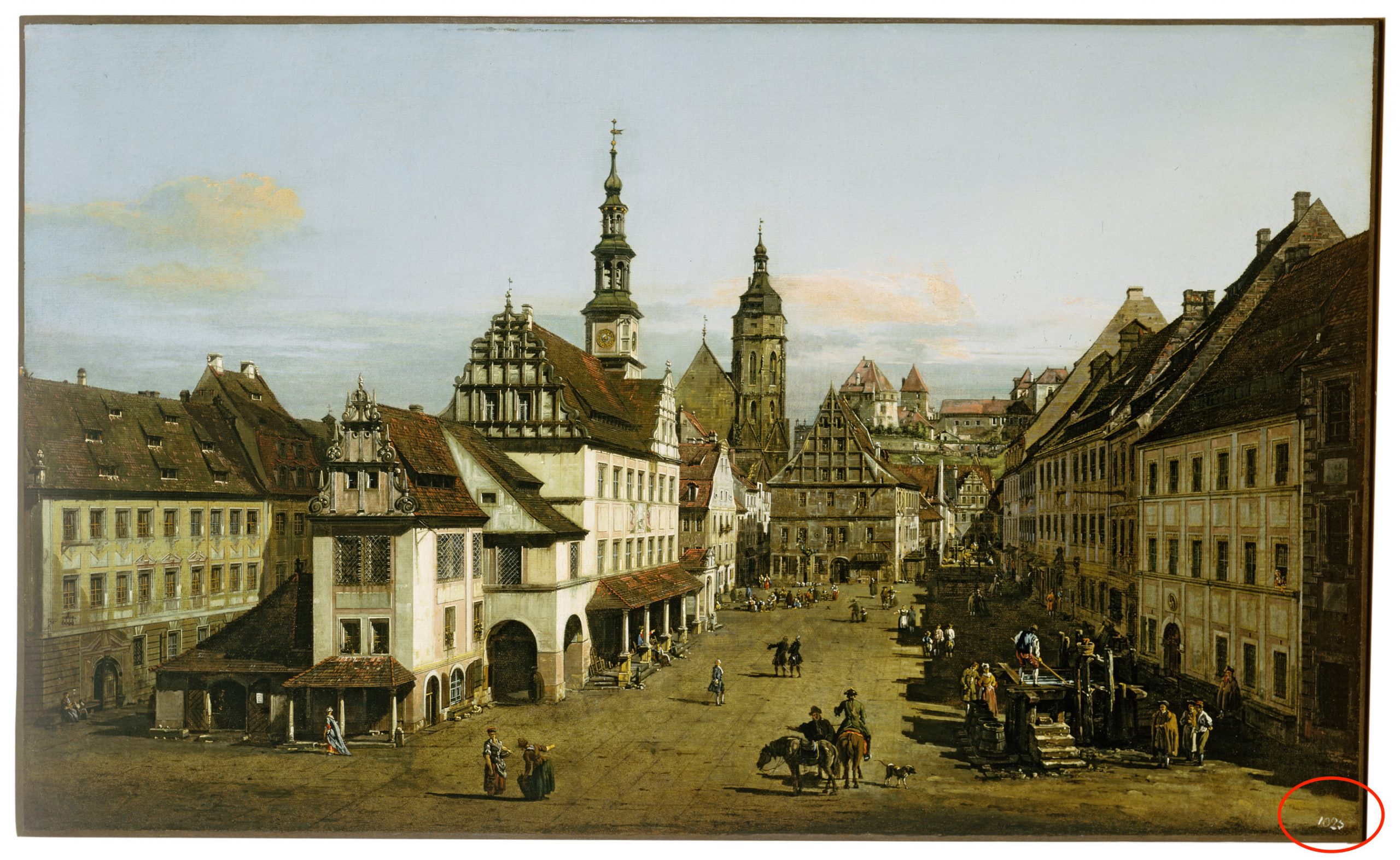 The painting, “The Marketplace at Pirna,” by 18th century artist Bernardo Bellotto, formally entered the Museum collection in 1961 as a gift from the Kress Foundation. A 1994 Museum publication included a provenance that recognized the purchase of the painting by German art dealer Karl Haberstock without acknowledging that he acquired the work from Dr. Max Emden for Nazi leader Adolf Hitler and his Führermuseum. A subsequent Museum provenance in the 2000s acknowledged the ownership of Dr. Emden, his sale to Haberstock, and the erroneous restitution of the Bellotto by the Monuments Men in 1946. In June of this year, two months after the Foundation first contacted Mr. Tinterow, the Museum changed its provenance again, erasing rather than clarifying the painting’s wartime history.

Mr. Robert M. Edsel, Founder and Chairman of the Monuments Men Foundation, noted that “for more than a decade, it would appear that the Museum has capitalized on the existence of multiple versions of this subject by Bellotto. It cited multiple versions in a 1994 publication, which did not include Dr. Emden in the chain of title. It did so again in the 2000s, when the Museum revised its provenance to include Dr. Emden as a previous owner. In its most recent version, the Museum has removed Dr. Emden from the chain of title altogether stating, ‘there is no physical evidence that ties the MFAH [Museum of Fine Arts, Houston] picture to Emden, the Reichskanzlei [Hitler], or Linz [the Führermuseum].'”

In fact, the Foundation research team has uncovered physical evidence which it believes proves that the Museum’s Bellotto is the painting owned by Dr. Emden, evidence derived from the most obvious clue possible: a collector’s inventory number – a unique fingerprint of ownership – painted on the front of the canvas.

Ms. Anna Bottinelli, President of the Foundation and head of the research team that made the discoveries, expressed her concern, and her hope. “Because of the evidence we have recently discovered, we believe that the Museum now has an urgent duty to the Emden heirs. We call upon the Museum to work with the Foundation to promptly return the Bellotto painting to its rightful heirs and reaffirm its commitment to the Washington Principles.”

To view the Foundation’s discoveries along with the Museum’s provenances for the painting by Bellotto, please click on this link: www.monumentsmenfoundation.org/bellotto-marketplace-at-pirna

To read the U.S. Department of State position paper on Holocaust Era Assets, please click on this link: https://www.state.gov/washington-conference-principles-on-nazi-confiscated-art/

To read the American Alliance of Museums’ (AAM) position on Ethics, Standards, and Professional Practices as it relates to Nazi-era assets, please click on this link:
https://www.aam-us.org/programs/ethics-standards-and-professional-practices/unlawful-appropriation-of-objects-during-the-nazi-era/

About the Monuments Men Foundation for the Preservation of Art
The Monuments Men Foundation is 501(c)(3) not-for-profit organization dedicated to raising global awareness about the importance of respecting and preserving our shared cultural heritage by honoring the historic achievements of the Monuments Men and Women and completing their mission to right the wrongs of the Nazi looting machine using its super partes role to return stolen and missing objects to their rightful owners. The Foundation acts on behalf of the art or cultural object in question, without favoritism, without an agenda. It has to date located and returned more than thirty objects, some priceless.

During its first 12 years of operations, the Foundation raised worldwide awareness about the Monuments Men and Women through film, television, and books, honored their military service through the awarding of the Congressional Gold Medal – the highest civilian honor bestowed by the United States, and preserved their legacy through a partnership with the National World War II Museum making the Foundation’s incomparable archives and artifacts accessible to students and scholars around the world. In October 2020, the Museum broke ground on its Liberation Pavilion, which will feature a permanent exhibition about the Monuments Men and Women, the first of its kind.

SOURCE Monuments Men Foundation for the Preservation of Art